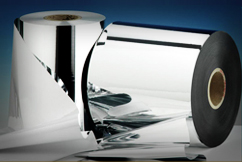 In comparison to other thermoplastics, Polyamide 66 is known for its flowability and quick crystallization. Ester Industries Ltd manufactures and markets Poly Amides (PA66) based compounds, like Poly Amides (PA6) compounds, under the brand name of Estoplast –XU

PA66 has better hydrolytic stability than PA6. The former has better surface appearance, which makes it more useful for the industry. With high weld strength, it is capable of resisting burst pressure as well. Apart from this it leads to better cycle times as well.

Unlike PA6, PA66 resins are most often used as a substitute to metal in automotive industry. These are used in under the hood parts where apart from design freedom, temperature and chemical resistance is often considered critical.

PA6 and PA66 can be used in E&E applications (with suitable flame retardants) where some particular tests like GWIT UL94 need to be passed. Because of its fast molding cycle, PA66 is considered to be economically viable.

Better long term heat ageing, high mechanical strength, better hydrolytic stability and excellent balance of stiffness/toughness are some of the prominent features of PA66 which make it preferable in various applications in several industries.

PA66 is available in multiple colors. As per customer demand this can also be tailor made into different grades

*** ESTOPLAST XU grades are available in various colors and can offer tailor made grades as per customer specific.